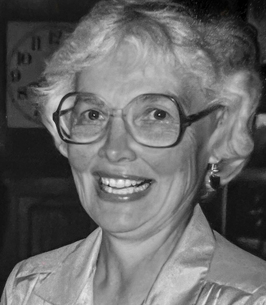 Long-time Boulder, Colorado resident Alice McDonald, 88, a loving wife, mother, and grandmother, tireless community volunteer, and passionate advocate for women’s rights, died October 20, 2022.
Alice was born in Pocatello, Idaho on June 15, 1934 to Alva (Holmberg) and Walter Oelwein, who owned a self-service grocery market. Alice’s family also had Colorado roots. Her maternal grandparents emigrated from Sweden in the 1890s, her grandmother becoming the proprietor of a hotel in Breckenridge, and her grandfather, a gold miner.
Alice graduated from Pocatello High School in 1952. In 1956, she received a BS from Idaho State College, Pocatello, where she was also elected Homecoming Queen. After teaching high school Home Economics for two years in Ely, Nevada, Alice embarked with her sister Anne on a grand European adventure, touring for three months and 5,728 miles in a tiny rented Renault. On her return, Alice moved to Madison, Wisconsin, where she earned an MS in Home Economics from the University of Wisconsin, met her future husband, physics graduate student Donald G McDonald, and again taught at the high school level. Alice and Don married in Pocatello on August 21, 1960, moved to Pasadena, California in 1962, and to Boulder in 1965.
A deep love of reading and books was a thread that ran through Alice’s life. She began working as a volunteer in Boulder’s public libraries in the 1970s and in 1979 was appointed by City Council to the Boulder Library Commission, where she eventually served as Chair. Alice felt her greatest contribution came when she was Co-Chair of a petition committee that forced an election in 1987, resulting in the resounding passage of a $14 million capital improvement bond to expand the library system. Alice later served as Library Foundation Director.
Beginning in the 1970s, Alice became quite involved in the feminist movement, advocating for passage of the Equal Rights Amendment and gender equality in education, an interest sparked in part when her daughter was marked down in school for refusing to use “he” as a gender-neutral pronoun. Alice joined the Project on Equal Education Rights, a program of the National Organization for Women, which tracked enforcement of federal laws against sex discrimination in public schools.
Alice was a member of the League of Women Voters and a volunteer in the school system and at Head Start. She was often involved in local political campaigns and was a frequent contributor of letters to the editor of the Daily Camera, Boulder’s newspaper. She belonged to a group that created handmade quilts for cancer patients.
Her family and friends will remember her beautiful quilts, as well as her delicious homemade meals and peanut butter cookies, welcoming hospitality, and loving concern for the comfort of others. For decades, she took brisk daily walks through her hilly neighborhood or on nearby trails. She loved watching the Flatirons turn pink as the sun rose.
Alice is survived by her daughter Heather McDonald of Arlington, Virginia; son Alan McDonald of Boulder; son-in-law Bob Coyne and grandson Charlie McCoy of Arlington; sister-in-law Patricia Oelwein of Bellevue, Washington; and other cherished relatives and friends. She was preceded in death by her beloved husband Don; sister Helen and her husband David Kinneberg; sister Anne and her husband Edgar Neal; and brother Walter Oelwein. Contributions in Alice’s memory may be made to the Boulder Library Foundation (boulderlibraryfoundation.org).