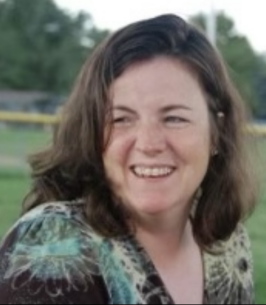 Ann Marie Coan Aschbacher, age 58 of Boulder, Colorado formerly of Chicago, Il, passed away suddenly on May 31, 2022.
Ann was born on February 11, 1964 in Chicago, Illinois. A Chicago girl at heart – she developed lifelong friendships she kept and cherished until her final day. As a young girl, Ann pursued a passion for Irish Dance, eventually winning competitions with the Dennehy School.
After graduating from St. Benedict High School in 1982, she began her college education at Northern Illinois University in DeKalb, Il. After graduating with a bachelor’s degree in Finance in 1986, Ann accepted a position with Northrop Grumman in Rolling Meadows, Il. where she worked for 18 months.
Throwing caution to the wind – and much to the chagrin of her family and friends - Ann received and accepted a job offer to move to Boulder, Colorado to join Ball Aerospace. Ann worked there in a variety of financial/contract management positions for 34 years, and grew to treasure the friends and colleagues she made along the way. Ann also grew to love her adopted state of Colorado, and actively recruited many friends and family to join her here. It was here that she met and married her lifelong partner and soulmate Greg Aschbacher.
Her reach extended beyond her immediate family to the many friends with which she became their defacto “Second Mom”. In a very real sense – Ann was a matriarch - a driving force for forming a large and extended family that for all of us was a source of love and support.
Ann was a force of nature - with a big personality and a huge heart to match. She was a fierce defender and boisterous cheerleader for her daughters, nieces and nephews. Ann was always the ultimate “Team Mom” to whatever activities her family was involved with - from her nephews’ hockey teams, to her daughters’ volleyball, Irish dancing, and rodeo, and to the many years of Sacred Heart basketball. She was a whirlwind traveler – with an adventurous zeal. She displayed an uncanny skill at cooking and entertaining. Her Boulder home (and their Winter Park cabin) were frequent, much-loved gathering places for celebrations and get-togethers. But most of all – she was known for her generosity of spirit and her open, welcoming nature. Ann planted a garden full of friends and family and nurtured that into strong bonds of love, kindness, and above all - fun. She will be greatly missed.
Ann is survived by her husband Greg, her daughters Cara (Will), Brooke, and Abby, siblings Michael (Holly) Coan, Maribeth (Ken) Van Haute, and Brenda Coan; her numerous nieces and nephews, and also by her many friends and extended family. Ann was preceded in death by her parents, Michael C. and Jean (Keating) Coan. Ann’s memorial Mass service is scheduled for 2:00 PM on Thursday, June 9th at Sacred Heart of Jesus Catholic Church, 1318 Mapleton Boulder, Colorado 80304. In lieu of flowers, please make donations to the Leukemia & Lymphoma Society, a charity dear to Ann and her family.


Brook Aschbacher Tribute To Her Mother Ann Aschbacher - Sunshine On My Shoulder
https://www.youtube.com/watch?v=9jstNqyYW2E