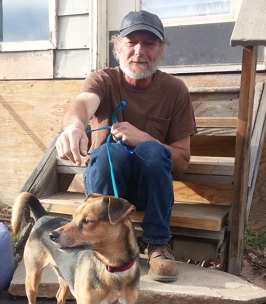 Clarence (Bud) Allen Walter, 63 yrs old of Boulder,Colorado formerly of Coldwater MI, went to see Our Heavenly Father on Tuesday May 24th, 2022. He is survived by his 3 children Clarence (Buddy) Walter lll of Coldwater MI, Trish (Jason) Minnick of South Whitley IN, Matthew (Ami) Walter of Coldwater MI, Grandchildren: Joshua, Kiara, Jordan, Dwight, Nate, Kasandra, Isabella, Caleb and Dominic, and 5 Great Grandchildren. Clarence was a good loving father and a dedicated friend to many and a man of many talents, a car anthusiest. In his final days he was doing what he loved best, " working on a project car".

Clarence is proceeded in death by his youngest son, Joshua Allen Walter and his parents Clarence(Sonny) and Amy (Hutchins)Walters. Clarence was born in Albion MI on November 10th, 1958, he passed in Boulder, Colorado where he lived for the past 25 years, Cremation has been done, A memorial will be at a later date.