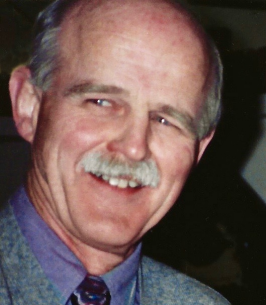 Long-time Boulder resident Don McDonald, 87, beloved husband and father, physicist, and civic activist, died May 11, 2022. He lived by the maxim that "Life is an adventure!"

Don was born in Little Rock, Arkansas on September 23, 1934 to Bernice (Gilkerson) and James J. McDonald. In 1947, the family moved to Oakley, Kansas, where Don spent summers working on his aunt and uncle's farm, sunup to sundown, six days a week, a job he would remember decades later as a great experience.

Don graduated from Oakley High School with the class of 1952. In 1956, he graduated from Kansas State College, Manhattan, and in 1962, received a PhD in Physics from the University of Wisconsin, Madison, where he also met his future wife, Alice Oelwein.

Don and Alice married on August 21, 1960 in her hometown of Pocatello, Idaho. After their move to Boulder, in 1967 Don and Alice built a unique house based on hexagonal forms, which they lived in to the present day. The house was designated a City of Boulder Landmark in 2020.

After serving in the Air Force as a physics researcher at the Jet Propulsion Lab in Pasadena, California, Don spent 29 years working as a staff scientist at the National Institute of Standards and Technology (NIST) in Boulder. He arrived in 1965 when NIST was still the National Bureau of Standards (NBS) and retired in 1994. Throughout his career at NIST, Don focused on the application of superconductivity to measurement science, taking advantage in particular of the quantum properties of a superconducting electronic device called a Josephson junction. He would occasionally remark, “Everything works better with superconductivity.”

Don was an inveterate collaborator and during his early years at NIST joined an effort to redefine the meter in terms of the speed of light. This required determining the frequency of a precise laser-generated spectral line. To this end, Don worked to extend the response of Josephson junctions to terahertz frequencies.

As a group leader at NIST in the 1970’s, Don saw the potential of Josephson devices in a wide range of applications and began to assemble the personnel and tools to fulfill his vision, the latter including a microcircuit fabrication facility devoted to superconducting electronics. The group would blossom, eventually achieving success with high-speed analog-to-digital converters, fundamentally accurate Josephson voltage standards, and ultra-sensitive detectors for electromagnetic radiation. The group still thrives today, 45 years later.

In addition to Don’s leadership role at NIST, in 1987 Don invented what he called a superconducting kinetic-inductance thermometer or KIT. As he realized, the KIT is extremely sensitive and perfect for constructing a bolometer to detect any kind of radiation that might strike its absorber (microwaves or infrared light for example). KIT-based bolometer arrays are now slated to become the camera for a millimeter-wave astronomical telescope at the South Pole.

After his retirement, Don continued to occupy himself with theoretical physics and other intellectual pursuits. Intensely proud of Boulder’s contributions to science, he founded the Boulder Nobel Plaza project with the goal of honoring the five Nobel Prizes awarded to Boulder researchers and inspiring future scientists.

Don’s interests included hiking, biking, mountain climbing, and skiing. During his early days in Boulder, he was invited to join a group scaling the Third Flatiron, which he undertook without initially realizing that he would have to rappel off the back – his first time ever – an adventure that would live on in family lore. He enjoyed climbing Fourteeners and other Colorado peaks with his children and on one trip to the Northwest, climbed Mt. Rainier. He was invested in the preservation of open space, serving on PLAN-Boulder County.