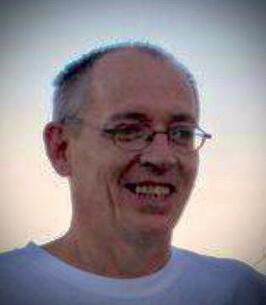 Douglas Rob Sarbaugh passed away on June 4th, 2022, from complications following cardiac arrest. He was 58.
Doug was born on the 21st of May, 1964 in Boulder, Colorado to R. Duane and Joanne (Jody) L. Sarbaugh, the youngest of three children. Doug attended Foothills Elementary and Centennial Jr. High, and graduated from Boulder High School in 1982. He earned a bachelor’s degree in psychology from Ft. Lewis College. Following graduation, he moved to Orange County, California, where he had met his future wife, Leanne Whipple, while interning at Camarillo State Hospital. After returning from California, Doug and Leanne settled in Loveland, having 2 wonderful daughters, Whitney (11/22/90) and Megan Sarbaugh (10/25/95). Doug spent unlimited time raising his family and took great joy teaching his daughters the art of fishing at Mount Massive Lakes in Leadville. He later obtained his nursing degree (BSN) from the University of Northern Colorado and entered the medical profession working as an RN at Longmont United Hospital.
Doug loved basketball, baseball, and was an avid collector of sports memorabilia. To say Doug was an avid fisherman is a gross understatement. When he wasn’t going through his baseball cards, he could be found either fishing, talking about fishing, or planning the next time he could go fishing. He shared his passions with just about anyone that would listen and was just as comfortable sharing his story with a listening stranger he just met, or a lifelong friend. Doug was a true dance parent, supporting both his daughters throughout their dance career including attending multiple dance competitions. Doug loved City of Boulder rec basketball and softball leagues, playing on teams formed from friends and family. Throwing runners out at home from far left field was always a highlight! Over the last 10 years, Doug took great pleasure and pride in becoming involved in helping the homeless through his non-profit ventures. He was a caregiver for anyone in need and would not hesitate to give and to help.

Doug is survived by his daughter, Megan, two brothers, Scott and Bruce Sarbaugh, his mother, Joanne L. Sarbaugh, and numerous nieces and a nephew.

Services will be held on Saturday, June 25, 2022 at 3:00 pm at First United Methodist Church, 1421 Spruce Street, Boulder, CO 80302, with a Celebration of Life to follow. In lieu of flowers, donations can be sent in Doug’s name to the First United Methodist Church made out to “TGTHR HOMES,” a program of foster housing, to support Doug’s ongoing cause of caregiving and helping people in need.