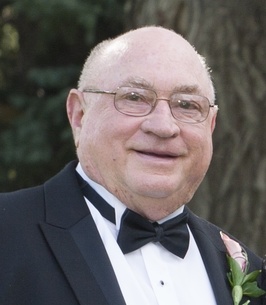 Irwin Seidman was born in Brooklyn, NY. Irwin received a Bachelors of Arts degree from Brooklyn College in Sociality and Criminology, a Masters of Arts Degree from the New School For Social Research in New York, NY, and a Court Reporting Degree from Columbia University. Irwin knew four languages, English, French, Hebrew, and Latin. He met his wife Vivian, also from Brooklyn. Irwin and Vivian became engaged to be married after seeing a Broadway production with the original cast of South Pacific and they were married in 1952. After college, Irwin enlisted in the Air Force which was during the Korean War. While in the Air Force (initially at Sampson Air Force Base) he was transferred to Lowry Air Force Based in Denver and remained in Colorado

Irwin retired from the court system at the age of 60 and maintained his freelance business, Seidman Deposition Reporting, based in Boulder and Golden, Colorado, until he was 80. Throughout his life, Irwin was known as an excellent writer, others often asked his advice for writing and editing. Irwin is known in the legal community and spent many happy years with his daily breakfast group of remarkable friends.

Irwin was a founding member of Congregation Har Hashem. Irwin was a member of the Air Force Academy Quarterback Club based in Denver and the Boulder Elks Club.

Irwin will be known for his kindness, in the words of one of his friends/colleges, “Irwin was such as sweet man.” He was a loving husband for over 70 years, a pillar in the community, a notable neighbor, a role model/leader as a father and grandfather, and a good friend to many.

In lieu of flowers please make a donation to a charity of your choice.


The graveside service is Wednesday, June 1 at 1:15 at Green Mountain Cemetery.