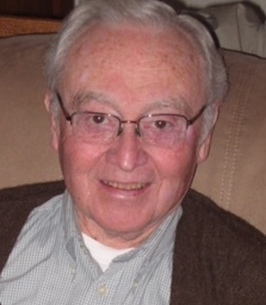 Joe Howard Doyle, longtime Boulder resident, passed away in his sleep on July 10, 2022.

Joe was born to Howard and Helen Doyle in Clay Center, KS, on August 25, 1938. He was named after his great uncle Judd Doyle, nicknamed “Slow Joe,” a pitcher for the New York Highlanders 1906-1910, the Yankees' predecessor.

Joe grew up on a wheat farm near Leonardville, KS. Starting at age 11, he had to help his dad a great deal on the farm as his parents had unexpected twin boys.

Joe attended Clay Center HS and graduated from Kansas State University, where he majored in chemistry and was in the National Science Foundation undergraduate research program. He was a member of Tau Kappa Epsilon fraternity and Sigma Xi honorary fraternity. He received his masters and doctorate in metallurgy from Iowa State University.

While in Ames, IA, he met Alice Walker, R.N., who was working at Iowa Methodist hospital in Des Moines. They had their first date in April 1964 and were married on November 14, 1964. Alice jokes that she married Joe for his car, one of the original Mustangs, which they loved.

After Joe graduated from Iowa State in December 1966, they moved to Boulder. Joe worked for Dow Chemical at Rocky Flats, specializing in microbeam analysis. His favorite job was writing computer programs. He was named a fellow of the Microbeam Analysis Society and was a Rockwell, Dow’s successor, Leonardo da Vinci Engineer of the Year. He later worked at StorageTek and Quantum.

After retirement in the mid-nineties, Joe started biking on Boulder’s trails and decided that his goal would be to bike the distance halfway to the moon (approximately 120,000 miles) before his 70th birthday. He continued his ride to the moon until the end of 2021, when the snow and declining health ended the journey. He missed the riding and seeing the friends he made along the way.

Joe and Alice had 2 boys, Patrick and Andrew, and were thrilled when grandson Connor arrived. For several years, Joe took the boys to Kansas to help their grandpa with the wheat harvest. Riding on the combine and sitting in the truck waiting at the elevator to dump the wheat made memorable experiences.

Joe and Alice traveled extensively, from Midway Island to Madagascar. They had been to all 50 states and 7 continents. When the boys were at home, they had several extensive road trips around the country, seeing many great places in the US.

Joe had a long interest in astronomy. The first total eclipse he viewed was in Montana in 1979 that left a lasting impression. He saw 4 more with Alice. The most memorable was his last one, which the whole family viewed together on the Nebraska prairie in August 2017. It was the first for Patrick, wife Mary, son Connor, and Andrew.

Surviving besides Alice are Patrick (Mary), grandson Connor of Boulder, Andrew of the world, brothers Sam (Lima) of Mesquite, TX, Barney (Sandy) of Roanoke, VA, a niece, and several nephews.