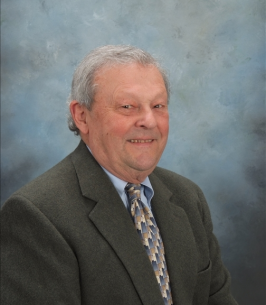 On the night of June 04, 2022, Joseph Theofil Negler of Boulder peacefully passed away at the
age of 88 surrounded by loved ones. Joe was born to Rose and Theophil Negler in February
1934 in Winona, Minnesota. He grew up in Poughkeepsie, New York and graduated from Roy
C. Ketcham High School in 1952. Since elementary school, Joe always wanted to know “how
things worked” and aspired to be an engineer. After highschool, he went on to work for IBM and
completed an apprenticeship to become a tool and die maker. Another dream of Joe’s was “to
see the world.” He joined the army from 1956 to 1958 and was stationed in Germany. Joe was a
medic and became a basketball champion in the army. When he arrived at Peterson Air Force
Base in Colorado Springs to begin his service, he looked out at Pikes Peak and promised he
would return to Colorado.
In May of 1959, Joe married Jacqueline Husted, and together they raised five children. While
raising his children and working for IBM, he went to Marist College in Poughkeepsie and
received his bachelor’s degree in Physics.
He moved his family from Poughkeepsie, New York to Boulder, Colorado in 1965 to help open
the new IBM facility, fulfilling his ambitions of becoming an engineer, returning to Colorado, and
providing an idyllic childhood for his children. In his career he worked at IBM for 33 years, joined
several startups, including McDATA, mentored aspiring engineers and entrepreneurs, and held
five patents. During his time leading different tech startups, he met "his wife and his life”,
Rebecca Finley, after mutual friends insisted that they meet. They married in June 2001 at the
Sacred Heart of Mary.
Joe received the Distinguished Alumni Award in 2008 from Marist College, and the
Distinguished Service Award from the College of Music at Colorado University in 2018. He
contributed to Meals on Wheels, Colorado University, Marist College, and Boulder Community
Health. Joe enjoyed traveling with his family, reading historic non-fiction, collecting coins,
crossword puzzles, card games, and herb gardening. He took the most joy in spending time with
his loving family. Joe will always be remembered for his playful sense of humor and smile,
dedication to his family, and his many achievements.
He is survived by his wife, Becky Negler, his four children, Denise Winestock, Eric Negler,
Stephen Negler (Jenny), and Jessica Johnson (Mike), his sisters, Winnie Selage and Dory
Cassidy (Bob), his five grandchildren, Emily Saliba, Sarah Winestock, Whitney Winestock, Elijah
Johnson, and Lillian Johnson, his step children, Josh Finley (Katie), Jed Finley (Alisa), and
Jennifer Pham (Hung), and his nine step grandchildren.
He is predeceased by his beloved son, Craig, and daughter in law, Valerie Negler, and his
parents.
A funeral service will be held on Monday June 13th, 2022 at 11am, Sacred Heart of Mary
Church on South Boulder Road.
In lieu of flowers, you can honor Joe by contributing to Meals on Wheels of Boulder or Boulder
Community Health.