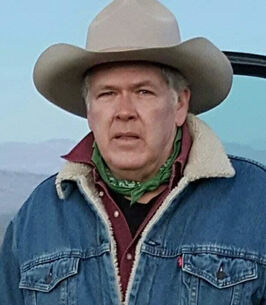 Matt was born in Lakehurst, New Jersey on June 18, 1956 to Matthew McCombe and Rita McCombe (née Croall). After several moves, the family settled in Colorado Springs, where Matt graduated from Saint Mary’s High School in 1974. Subsequently, Matt attended the University of Nevada Las Vegas, where he graduated with a Bachelor of Arts degree in Communications.

Matt spent his career in broadcasting as a cameraman, director, producer and sales executive. In these roles, he often met and charmed stars such as Robert Goulet and John Candy. He worked for stations KVVU, KTUD, and KLAS in Las Vegas, and later for KYMA in Yuma, Arizona. He was a member of the Nevada Broadcaster’s Association.

Off the clock, Matt had an array of hobbies. Outdoors, he was an avid camper and fisherman, and indoors, he practiced photography and studied history. From these pursuits, from his career, and from his personal life, Matt amassed a library of anecdotes, and had a story to tell for any occasion. He had the skill of being able to talk to anybody (honed during his time as a salesman) and he used it often. He was famously long-winded and anybody who’d been on the phone with him could attest to the difficulty of getting a word in edgewise. But Matt was such an engaging storyteller that nobody ever complained.

Matt was a dedicated friend, maintaining for his whole life relationships that began in junior high and high school, no matter how much time or distance separated them. He was devoted to his family, and immensely proud of his son Ryan, a graduate of the University of Nevada Las Vegas and the Colorado School of Mines. He was an enthusiastic presence at every holiday gathering, where he was often a lone, proud advocate for the inclusion of mashed turnips at the dinner table.