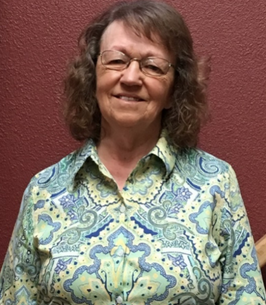 Nancy Eilerts Liggett, 79, passed away peacefully on June 10,
2022, in Louisville, CO surrounded by family.
Nancy Anne Schroeder was the oldest child of Walter and Leora
(Coleman) Schroeder. She was born May 16, 1943, in Fremont,
MI. The family soon moved to a farm in Olivet, MI. It was during
this time that Nancy developed her love for animals and nature.
The family lived on the farm for several years before moving to
East Lansing, MI.
In 1957, the family relocated to San Luis Obispo, CA, where
Nancy finished out her primary education. She attended San
Diego State University, where she met her future husband,
Doug. She graduated with a degree in elementary education in
1965.

Nancy married Douglas Eilerts in 1965. She taught for elementary school one year in Poway, CA., Nancy
and then spent the next several years at home raising her children: Erik, Scott, and Allison. They settled
in the Lake Hodges area of Escondido, CA in 1973, where Nancy lived for 25 years.
Throughout the 1980s, Nancy worked as a substitute teacher in Escondido and the surrounding area.
She also as a florist and as a technical writer. In 1989, she started teaching full time at Vail Elementary
School in Temecula, CA, where she taught fifth and second grades for the next decade.
In 1993, Nancy was diagnosed with breast cancer. After two years of treatments, she defeated the
disease and remained cancer-free for the rest of her life. After her husband Doug passed away suddenly
in 1996, Nancy moved to Temecula to be closer to work. She retired from the California school system in
1998.
True to Nancy’s independent spirit, in 1999 she sold her house and cars, bought a Jeep, and moved to
western Colorado. One of her biggest joys was living in the Rocky Mountains and exploring the
backroads of the San Juans Mountains. She settled in Ridgway, CO, building a house in a ponderosa
forest with a panoramic view of Mt Sneffels. She taught at Ridgway Elementary School from 2001 until
her retirement in 2007. While in Ridgway, Nancy met Bill Liggett. They moved to Boulder, CO in 2011
and were married in 2013.
One of Nancy’s greatest delights was her grandchildren. She seemed to have a boundless energy when
engaging with them. She loved to bake cookies, take bike rides in the woods, visit museums and cuddle
up on the couch with them for a movie.
Nancy engaged continuously in artistic pursuits. Nancy was an avid reader and worked in retirement as a
copyeditor for several books. Nancy played the piano throughout her life and thoroughly enjoyed
playing her own antique grand piano that she and Bill acquired after moving to Boulder. She also loved
to create with her hands, dabbling in macrame, ceramics, stained glass, graphic arts, gardening, knitting
and weaving. She stayed active throughout her retirement, joining the University Women’s Club and
enjoying skiing, biking, travel, and daily walks with Bill.

Nancy was preceded in death by her parents Walter and Leora Schroeder; her first husband Douglas
Eilerts, and her brother-in-law Rainer Eberhard. Nancy is survived by her husband Bill Liggett; her son
Erik Eilerts of Boulder, CO; her son Scott Eilerts of Santa Fe, NM, his wife Jennie, and his children Garrett
and Kathryn; her daughter Allison Shanks of Hermosa Beach, CA, her husband Jay, and their children Kai
and Nikau; her stepson William Liggett of Gambrills, MD; her stepdaughter Marlina Liggett of Chicago, IL,
and her children Tacari and Tyrion; her brother Stanley Schroeder, of San Diego, CA, and his wife Susan;
her sister Susan Eberhard of Friday Harbor, WA; her brother John Schroeder of Prunedale, CA, and many
beloved nieces and nephews.
In lieu of flowers, the family requests donations in her name to the American Cancer Society, or to
Second Chance Humane Society in Ridgway, CO, in honor of her beloved cat Daphne.