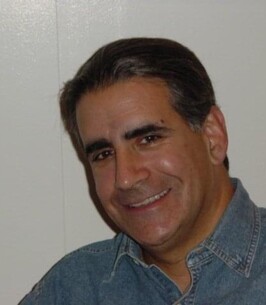 Neal Charles Lemlein was interested in people and they responded. “He was probably
one of the most charismatic people I’ve met,” Ryan, his son, says.

Neal died July 22 in Aurora, Colorado, of kidney cancer. He was 71. A small private
service will be held.

He is survived by his wife, Patricia (Patti) Lewis Lemlein, of Erie, Colorado, Ryan
(Jessica DiCroce) and daughter, Alexandra, both of Denver, his mother, Rhoda Lemlein,
San Diego, and sister, Dian Robertson, of Columbus, Ohio. His father, Leonard Lemlein,
died in 1996.

Neal grew up in White Plains, New York. “He had this amazing career,” says Alexandra,
recalling that his professional life began when he took a job at Young & Rubicam, a
storied Madison Avenue advertising agency, having graduated from Tulane University,
obtained a master’s degree at New York University, and traveled for a prolonged spell in
Europe in his long wild hair and a Fu Manchu moustache.

Moving West, he rose in the entertainment industry, first in San Francisco and then in
Los Angeles, steering marketing and media campaigns at ad agencies and studios for
some 200 films, in executive positions at CBS, Universal Studios and 20th Century Fox.

His career tracked the growth of the 1980s entertainment industry: at Doyle Dane
Bernbach advertising agency he developed a marketing plan for the first Star Wars film;
at the D'arcy Masius Benton and Bowle he established and grew the agency’s
entertainment practice, luring clients such as Paramount and NBC; and at Universal
Studios, as executive vice president, he helped create the first Jurassic Park theme
park ride.

An avid film buff, Neal treasured his voting membership in the Academy of Motion
Pictures Arts and Sciences. The Academy shipped VHS tapes and later DVD’s and then
access to a streaming platform to “screeners'' like him. He reveled in viewing every film,
voting his favorites and attending Academy Awards ceremonies. At work, Alexandra
says, he rubbed shoulders with celebrities occasionally – Arnold Schwarzenegger,
Shaquille O'Neal, Woody Allen and Mia Farrow, to name a few. When Neal and Patti
married in 1986, Michael Douglas paid a visit to the wedding reception to congratulate
the newlyweds.

“He took me to the Academy Awards ceremony one time,” Alexandra says. “I was in college. We
walked down the red carpet and I’m, OMG, everyone’s looking at us.”

Neal was an all-in dad, protective, involved and interested in every aspect of their lives.
Home from work, he’d throw a ball in the street with Ryan and then they’d turn on a
baseball or basketball game and Neal explained the game. He encouraged Ryan to play
ball and coached his teams but refrained from pressuring.

Ryan eventually dropped sports in favor of the guitar, and Neal shared cassettes of his
favorite bands – Cream, Jimi Hendrix and The Band.

He was a passionate traveler and he loved dining out, always on the prowl for great
Chinese and Italian food. He texted his grown children daily and phoned often, asking
about their work and their lives. When Alexandra traveled, he’d want to hear every
aspect of the trip. “I’m so jealous,” he’d tease.

He was Patti’s biggest fan, too, she says. “He taught me how to be tougher and a
stronger person.” He helped her grow as a writer and coached her to be confident in
presenting her ideas to the male-dominated boards of the private schools where she
directed admissions.

He loved underdogs. Not the Dodgers or Lakers but the Mets and the Clippers, and
during March Madness, he liked tiny scrappy schools that no one had heard of. After the
Clippers moved to the Staples Center in LA, Neal bought season tickets. “They were an
awful team then,” Ryan remembers, still the two of them watched 20 games a season
there for years.

The family lived in Sherman Oaks, California, on and off for 30 years. They moved
briefly to Boulder, Colorado, in 2006, moved back to LA six years later, and then, in
retirement, Patti and Neal relocated to Erie in 2021.

“Not everybody gets to have a great love,” Patti says. Theirs began long before dating
apps when a mutual friend proposed they try a blind date. Patti still has the dress she
wore, a teal blue polka dot silk Ellen Tracy.

They met in a West Hollywood hangout and she liked him immediately. He seemed
kind. He was smart, funny and good looking, with a ferocious pair of black eyebrows. He
asked if she’d like to meet his dog, Murray.

Thirty six years later, as they waited for one of Neal’s medical appointments, a staff
member told them that she’d noticed they were always together.

“What’s your secret?” she asked.

If you'd like to make a donation in memory of Neal please consider the Kidney Cancer Association: https://myimpact.kidneycancer.org/