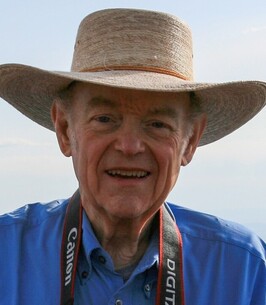 Norman Elton Holmberg of Boulder died at home on May 24, 2022 after a short battle of duodenal cancer. He was 83.
Born to Carterette & Elton Holmberg in Austin, Texas in 1939. He graduated from South West Texas State University in 1962. Moved to Tyler, Texas to work for the State of Texas. While in Tyler, Norman was introduced to his future wife Carolyn Bryant. It was love at first sight. They eloped six weeks later. Norman & Carolyn moved to Laurel, MS where they welcomed a daughter Elizabeth. Later they moved to Morristown, TN and in 1975 the Holmberg family made one final move to Boulder, CO.
Norman was passionate about his family, photography, movies, road trips, Black Friday sales and he was a champion ‘Dad’ joke teller.
Preceded in death by: wife Carolyn Holmberg, sister Kathy Bock and niece Lucretia Bock. Survived by daughter Elizabeth Holmberg and numerous family members in the state of Texas.
Graveside services will be held at Green Mountain Cemetery on June 6, 2022 at 10:30 a.m. In lieu of flowers the family requests donations be made to Trail Winds Hospice in Boulder, Colorado