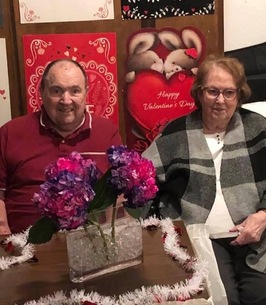 Rua Alice Deitrick, 90, of Boulder passed away quietly at home on June 1, 2022. Alice, as she preferred to be called, was born on October 15, 1931, in Bruno, Marion County, AR, to Emery and Una Dove (Trammel) Swofford. She was the youngest of six children, and early in her childhood the Swofford family moved from Arkansas to Idaho, settling in Burley. There, she left high school in 1948 to marry her first husband, Jay Harper, with whom she had two daughters, Stephanie and Deborah. She later met and married Jack Deitrick in 1959 and became a loyal Navy wife. Alice supported her family, maintaining the household through multiple deployments and moves, from Idaho Falls, ID, San Diego, CA, State College, PA, back to San Diego, then finally settling in Boulder, CO, where she and Jack would live for more than fifty years.
Alice enjoyed many activities outside the home. She was an avid bowler, participating in many leagues over the years. She was a member of the Lady Elks, and enjoyed participating in all of the Elks’ family activities, especially the monthly Elks’ camping trips during the summer. She was also a member of the Buffalo Belles booster club, supporting the Colorado Buffalo football team and enjoyed hosting tailgate parties at home and away games for several decades. She never met a baby she didn’t love, and her grandchildren and great grandchildren all loved her right back.
She is survived by her two daughters, Stephanie Gail (Vince) Vincijanovic and Deborah Kay Eaton (Barb Leshikar), four grandchildren, Cheri Payne, Scott Harper (Jill), Keri Wilson, and Lisa Baron (David), and nine great grandchildren. She was preceded in death by her husband Jack, her parents, and her five siblings.
She will be laid to rest at Green Mountain Cemetery on Thursday June 16th , followed by a celebration in her memory that afternoon at the American Legion Post #10.