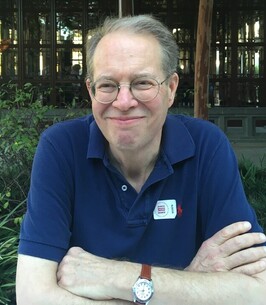 Thomas James Masterson Jr, passed away unexpectedly from surgical complications on Friday,
June 3rd, at the age of 63. He died at Foothills Hospital in Boulder, Colorado, surrounded by
family.

Tom was born on August 20th, 1958, in Okinawa, Japan and raised in Bergen County, New
Jersey. He was a graduate of the University of Notre Dame and The University of Texas at
Austin McCombs School of Business. He spent most of his adult life living in New York City
before relocating to Boulder, Colorado in 2017.

Tom had a vibrant career in magazine publishing, spanning over 30 years. He worked for
publications such as Newsweek and BusinessWeek, and media companies such as K-III,
Hachette-Filipacchi, Active Interest Media, and Golden Peak Media. Besides working in New
York and Colorado, his career frequently took him to Asia. Notably, he was the Managing
Director of BusinessWeek Asia and a co-founder of the Singapore-based Global Health and
Travel. Anyone who had the pleasure of working with Tom knows how he had a palpable
passion for the magazine industry and the people in it.

Tom was an avid traveler with an innate curiosity and love of experiencing different cultures.
From major cities to rural communities to parklands, Tom wanted to see as much of our planet
as possible. One of his greatest feats in life was making it to 47 US states and over 35 countries
across all six inhabited continents. He was fortunate to live overseas twice—in the United
Kingdom and Hong Kong. Even when home, Tom still fed his passion for cultural experiences.
He loved visiting museums, parks, architectural sites, cultural institutions, and international
restaurants. He was also a voracious reader, and could often be found at a local coffee shop,
book in hand.

Tom was a true family man. His greatest accomplishment in life was becoming a father and
raising his two daughters, Emma and Olivia. Nothing compared to the sheer joy he felt for his
family. He loved every second he spent watching his children grow up, from constructing vivid
storylines with them at the playground to visiting them at college to just relaxing at home. Tom
was particularly proud to raise his daughters in New York, where the Masterson family has roots
going back to 1835. He passed his values of curiosity, education, and travel along to his
children, constantly encouraging them to be bold and take risks. Tom maintained a good
relationship with his former wife, Kristin Kopren, as they co-parented their children. Tom also
loved caring for his father, Tom Sr, in his retirement, visiting him in South Carolina multiple times
a year. He was as devoted a father and son as they come, and will be sorely missed.
Tom was preceded in death by his parents, Thomas James Masterson, Sr (1931-2021) and
Patricia Ann McNulty Masterson (1935-1996). He is survived by his two daughters, Emma and
Olivia; his three siblings, Patty, Brian, and Jim; his sister-in-law, Jennifer; his nephews, Mark,
Alex, and Brian; his two cats, Sasha and Sophie; and many extended family members and
friends.

Tom’s service will be held in New York in October, with more details to come. He will be interred
at the Cathedral of St. John the Divine in Manhattan’s Morningside Heights. If you would like
information about the service, please reach out to Tom’s daughter, Emma, or to Greenwood and Myers to be added to the notification list.